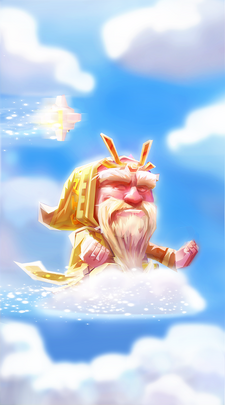 Zen has yet to discover their Epic.

To keep the forces of evil off his trail,

Zen was only available in the

Heroic Portal on one weekend (9th-13th June 2016). He'll be back at some point in the future though! Zen is the 61th Hero of Dungeon Boss.

These changes were made to balance the overpowering Zen and Kozar Bonebreaker tactics in Dungeon Raids.

Zen in a "Showroom" Event Dungeon