View source
watch 01:36
We're Getting Mutants in the MCU - The Loop
Do you like this video?
Play Sound
Stone Fist
Slow Construct Tank
Bronze Hero 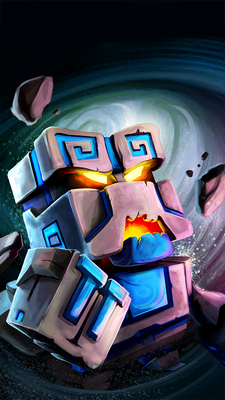 Stone Fist has finished forging a powerful (and very stylish) pair of gauntlets to beat his Enemies with even greater efficiency! These Sapphire Gauntlets pack quite a punch, increasing Stone Fist's attack, defense, and crit chance. In addition, when Stone Fist does an Epic Attack, he'll deal 2x his normal damage on the target, do a bit of splash (yay, water puns!) damage on all enemies, and purge one buff from each enemy!

But that's not all! In addition, Stone Fist now has the following changes. These are unrelated to the Epic.