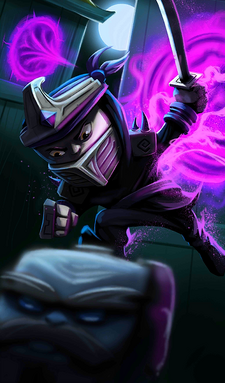 From the Shadows attack as soon as possible. In defence this way Shadowblade can counter attacks from

Black Diamond. In offence he can eliminate the threat of

Zen when they are in the second fast slot, e.g.

Don't forget to give Shadowblade the Blessing of the Seeker.