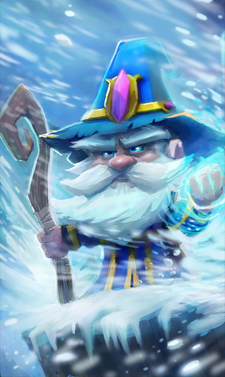 Ice Block trait. This ability is often useful in PvP, as high damage opponents can be temporarily ignored, and Selwyn can be preserved. Thus, he is able to freeze all enemies in PvP on the first turn, without fret of dying.

Selwyn the Enduring is immune to any debuffs but can be buffed by allies.

Marrow's taunt buff and taunt from Tank Runes work while Selwyn is encased in ice and force enemies to attack Selwyn for 3 turns.

Prior Selywn's Update on March 29, 2018, as his ascension is cheap. he would sometimes be considered the "Poor Man's

IGOROK" because both Heroes can freeze enemies on the first turn. However, with

Ice Block, in PvP, Selywn mitigates 90% of all damage, making him possibly more viable than 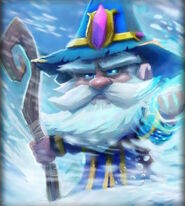