View source
watch 01:36
We're Getting Mutants in the MCU - The Loop
Do you like this video?
Play Sound
Pignius Maximus
Demon Beast Tank
Silver Hero 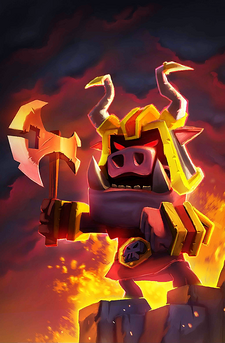 Pignius Maximus made his debut and was released in his Pignius Arrives! event on Nov 20, 2015. He made a second return for a three day weekend on Jan 1, 2016 in Pignius Maximus Returns.

One of few heroes that are in 2 families.