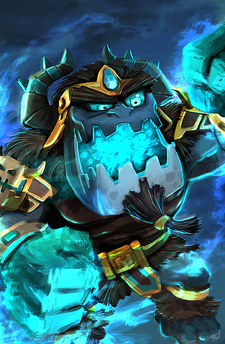 IGOROK became a Monster as part of the Boss Invasion: Monstrous Assault event and received changes to his stats, abilities and traits.

Polar Pounding
Add a photo to this gallery

Retrieved from "https://dungeonboss.fandom.com/wiki/IGOROK?oldid=25591"
Community content is available under CC-BY-SA unless otherwise noted.