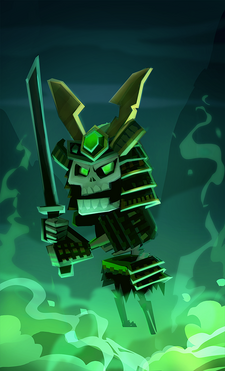 As of 2017-10-25 (Halloween event) Hansuke got reworked and majorly buffed. All of his stats got buffed, gained a bonus to ATK, DEF, HP and SKILL. The following Abilities and Traits have changed:

Make sure to add him to your team. You won't regret it. And eat those brains (

On 2018-06-20 the Hero Update Honorbound Hero Reworks was released.

Grog-Gnog are the few heroes that have two Families.