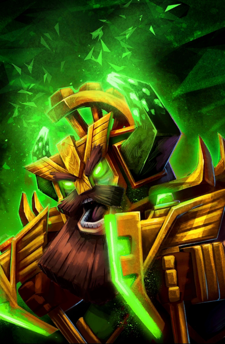 Hagrim Felhorn appeared the first time during the Rune War Special Event on 15th August 2016. He is the 64th Hero in the game.

Nerve Damage. Nerve damage is beneficial as it is great to counter enemy dwarf teams in Dungeon Raids.

Fast hero when he is on team with

Hagrim Felhorn was a simple Dwarf miner. Day in and day out, he worked hard to provide a warm hearth and full belly for his family. Then the Rune War started. Goblins caved in the mine and ravaged the lands above. Hagrim was trapped underground for what seemed an eternity. When he finally saw daylight again, his family and land were gone; ravaged by the goblins. He joined the other Dwarves. in their fight against the Goblins, and worked hard to become the Dwarven Champion, fueled by rage and grief.