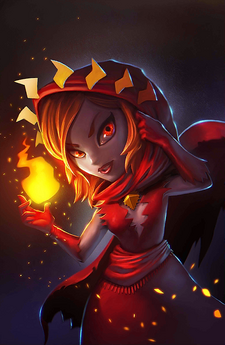 Ember Sanguine has yet to discover their Epic.

Ember Sanguine tokens are available during special portal events and in the Aether Shop exclusively. Because of the incredible amount of excess tokens needed to buy a few of her tokens she is at the moment out of reach for the majority of players. Ember is also sometimes in the heroic summon in all-star events.

Only her second ascension makes her

fast, and is otherwise a Normal Attack hero.

Ember Sanguine was updated. This is what changed.