Lumin the Radiant is now joining the Legendary group! He gets increased ATK and Damage Penetration, as well. The Dungeon Boss team thinks Lumin is good enough to be classified as a Legendary. Also,

Lumin the Radiant gets another trait,

Electrostatic Field, which used to be only what Alexandros had. 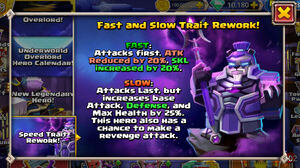 The most recent update changed the Fast and the Slow traits that control the hero's Attack Speed.

This can affect the outcome of battles in raids.
Read More... 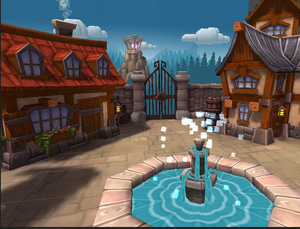 Boss Fight is running a rewards-focused survey, so please make sure to respond!

The survey contains a few short questions with choices about your preferences regarding event rewards. As in the past, the survey will run for one week and the link will also be available in-game soon.

(The following text was posted on the official DB Discord Server by Joel on March 2, 2020)

Joel: "Hey everyone! Here's the much-anticipated 'State of the Game'! When we first had this as a concept, the guild summits weren't as forward-looking as they are now, which is why we had essentially scrapped the concept of a post like this for a while, but it's clear that players wanted a more holistic post from us about the game and our plans for it, so here it is. The things discussed here are ones that will be worked on over the course of the coming year, not necessarily in the immediate future, and things are always subject to change. With that said, we hope you can appreciate and enjoy this glimpse into our plans."
Read More... 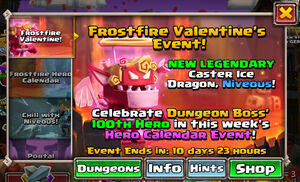 Love is in the air, and so are Dragons!

Happy Valentine’s Day everyone! February 14, 2020 marks the start of a new event and the release of our 100th hero,

This 10 days long event has a Hero Calendar to open a door every day and a special dungeon Tunnel of Love.

Note: The doors will reset and can be opened in any order again if you open them all on day 10.
Read More... 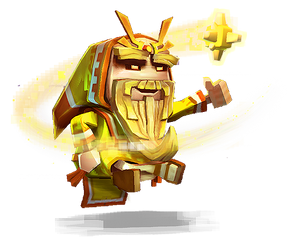 On January 27, 2020, there was an official survey done by Boss Fight Entertainment. Here are some stats about your opinions.

Thanks for Your Survey Feedback!

The developers got your feedback and shared it with the players during the Guild Summit (discussion with players). You can read it on Discord or just here:

We won’t go through every single data point, because there were a lot of them, but we’ll talk about a few of the more interesting points. 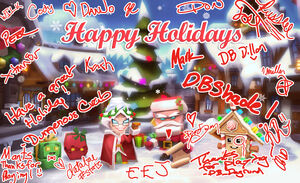 As with past Winterfests, this event features a whopping two weeks of festivities, with

wreath collecting, and a calendar of

Serenity and the exclusive

Calendar ends on Saturday, January 4th at 7:59am (CST time)


Have a wonderful holiday season and a very happy new year!

"Hey everyone. We’ve got one more app-store update for you before the end of the year!

We have some backend changes that will help improve our error tracking and make it easier for us to solve problems as they arise. But that’s not inherently something that you’ll notice as you play, so let’s get to the stuff you will notice. 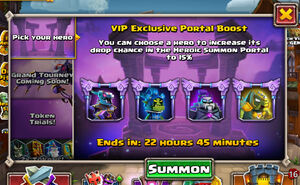 First off, we’re making a change to the

VIP 5+ weekly portal boost system that will go into effect next week (today’s VIP portal is not changing mid-day). We are changing the system such that the four heroes that players can choose to have featured on Wednesdays will not be a static set of the four most recent heroes, but a varying selection of four legendary heroes, as well as recently released gold heroes.

This change allows us to give players chances to get great drop rates on more heroes over time, particularly on heroes that were released before the previous version of the VIP portal. That said, we also understand that this change may come as a disappointment to some, and we know that this is the season of giving. So, with this update, we’re giving players something they’ve been requesting for a while.

Star ascension requirements have been removed. Not reduced. Removed.

Winterfest will be starting on Friday with a new legendary hero that you'll be able to fully ascend at one star. Happy holidays from everyone at Boss Fight." ~Joel (Boss Fight) 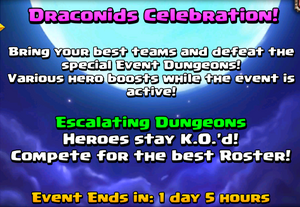 To celebrate the arrival of the Draconids, Dungeon Boss started a special event which features unique event dungeons and quests related to those dungeons. By completing Quests and Dungeons players can earn Dark Moons which grant them points on global and daily leaderboards. Available rewards for this event include tokens for

Miko the Marvelous as well as Heroic Summons.
Read More... 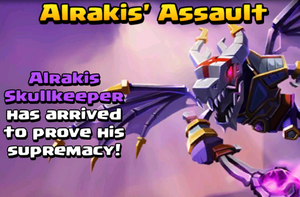 Alrakis Skullkeeper. By completing event quests and dungeons, players can earn event tickets that can be collected to compete on leaderboards and to buy additional loot in the event shop. Among other things, the available rewards include tokens for 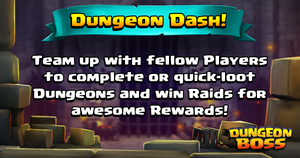 Its Dungeon Dash again, so Players can earn rewards by completing Dungeons or PvP Raids. There is a Leaderboard for Players as well as a Community-Wide Leaderboard, giving Players the possibility to earn Tokens for

Read on for a list of rewards.
Read More... 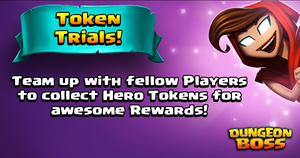 It's time for the Token Trials again. Players can earn rewards by collecting hero tokens, thereby competing on global leaderboards and reaching daily thresholds. Additionally, all tokens collected by the whole player community are accumulated and will provide each player a reward at the end of the event, depending on the number of tokens collected by the community. The event includes several Quests that can be completed to acquire even more hero tokens.

The available rewards include tokens for heros of different quality, e.g. for legendary heroes like

Read on for a complete list of rewards and event quests:
Read More... 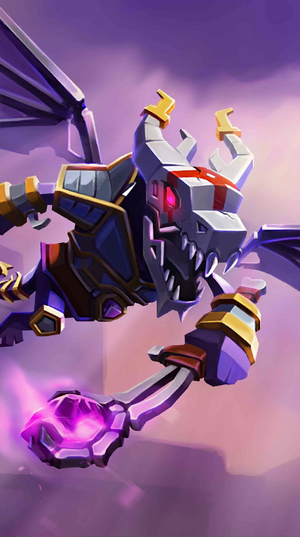 Meet the newest Hero in the Game, Alrakis Skullkeeper. Beeing the second Dragon in the Game, Alrakis mechanics mainly focus on the new Chaos Damage Type, added with the recently introduced Age of Chaos. He is able to reduce the amount of Chaos damage received and inflict Chaos damage himself. He can also cleanse and apply the Doom debuff, which is going to be a big help when trying to complete the Age of Chaos Dungeons.

Read on for a complete breakdown of Alraki's Skills, Traits, Evolution Costs and Synergie Effects with other Heroes.
Read More...

Its Dungeon Dash again, so Players can earn rewards by completing Dungeons or PvP Raids. There is a Leaderboard for Players as well as a Community-Wide Leaderboard, giving Players the possibility to earn Tokens for

Read on for a list of rewards.
Read More... 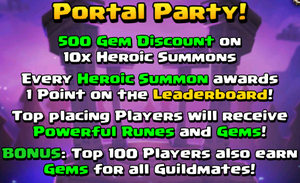 Heroic Portal. Each Summon will count as 1 Point on the threshold-based and global player leaderboards. Available Rewards include Tokens for

Yan Luo. Probably most mentionable is the possibility to earn Guild Gems

when finishing as one of the Top 100 Players, thereby rewarding every member of the player's guild an amount of Gems.

Read on for a list of rewards and quests.
Read More... 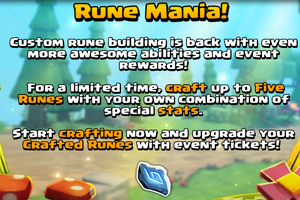 Event Tickets. Players can create the runes by freely choosing the Element, Stats and special passive ability of said Rune. The needed Tickets can be earned by completing several Quests, including a Scavenger hunt and by running or quick looting any kind of Dungeon. Additional Rewards may be earned by competing in global and daily threshold-based leaderboards.

Read on for a list of rewards, quests and solutions to the scavenger hunt.
Read More... 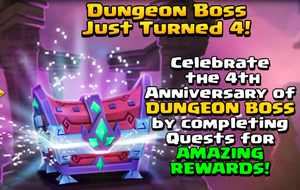 Dungeon Boss turns 4 today and celebrates this special Event with some nice rewards that can be acquired by completing related Quests until September 7th. Compete on PvP Battles to earn up to 3500

Gems or loot Dungeons to earn Tokens for legendary Heroes

Read on for a full list of Quests.
Read More...

Need help, Boss? You lost your account? Or do you need help with an in-app purchase? Contact the customer service here. They can help you!

Poll of the Month

The bounty list consists of items that the wiki is still missing, and we'd like your help if you have them!

All Heroes (Because of the new Level 80). Currently the Wiki still has the max values for Level 60 Heroes.

None at the moment

None at the moment

Fill in the spots for daily rewards!

Have the information?! Great, choose one of the links below to start immediately!

We are currently housing 802 articles, and 4,888 files. We need YOUR help expanding and adding articles to the wiki!

How to Add pictures

This is a wikia where anyone can contribute! Click the link above or click a random page to start editing!

Do you have screenshots of material for us to use? Head on over to Special:Upload and submit your screen shots there! Here's some instructions on how to do so!