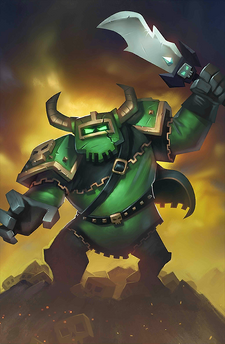 Drakk the Warlord began with the Age of Drakk Hero Calendar in April/May 2018. Drakk was featured during The Grand Tourney, a PvP Guild event. He is the 79th Hero in the game.

A known counter to the currently very popular defense combo

Shade and the 3 Barbarians

Balog the Loud and

Abigail the Brutal is an attacking team of

Rage and its effect is in-depth described on the Barbarian rage page. Check it out!

Rage Revenge only hits the attacker.