View source
watch 01:36
We're Getting Mutants in the MCU - The Loop
Do you like this video?
Play Sound
Craw
Undead Healer
Legendary Hero 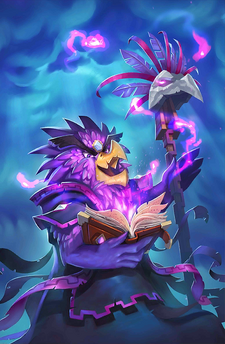 Craw was awarded to some players on October 29, 2018 as a reward for the Guild Point Trials event.

Craw is an Undead Dark Healer that focuses on setting up a strategy for his team. He can enhance his healing and max health by collecting souls of his enemies! And rather than cleansing Debuffs, Craw will focus on preventing negative status Effects being applied to his team with a new Buff called

Foresight, which sticks around until it's purged or consumed to prevent a debuff. And he can stack it up for multiple debuff defenses!

Craw is the cunning leader you want on your team to foil your enemies plans.

In Age of Chaos dungeons

Doom debuff (that is in these dungeons permanent) with