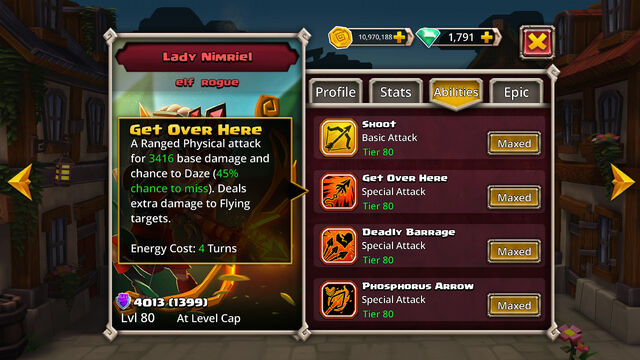 In Dungeon Boss all Heroes and Enemies have Abilities and Traits.

Chilled debuff prevents the gain of energy. Some "attacks" have different effects when used on allies or enemies like Ember Sanguine first Special Attack or Bauble's Basic attack.

Each Ascension of the Hero unlocks (adds) a Special attack.

Basic attacks do not rely on energy and can trigger Epic effects. In comparision to Special attacks they do much less damage.

Traits are passive abilities and shown on the Hero's profile. Tap and hold the icons to get more info about them. Traits often affect team allies or enemies in an encounter.

The following 3 sub pages lists all known Abilites and Traits, mostly of Heroes. But some special attacks and traits are available to Boss Enemies and minior Enemies only.